I have a plan!

Well, of course it's a plan for a quilt, silly!
It involves this pattern: 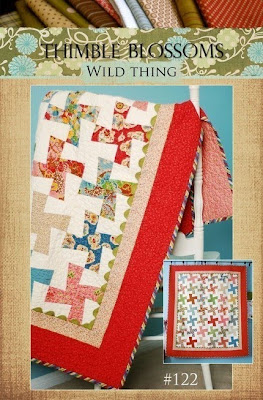 and this pile of fabric: 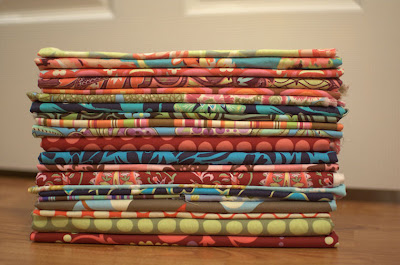 and it will be be-a-utiful!!! I'm waiting for the pattern to arrive and need to purchase background.

- Fun Fact- this stack includes pieces from all of Amy Butler's lines (quilting weight anyway), way back to 'Charm'!

Posted by TaraJ at 4:59 PM 0 comments Links to this post 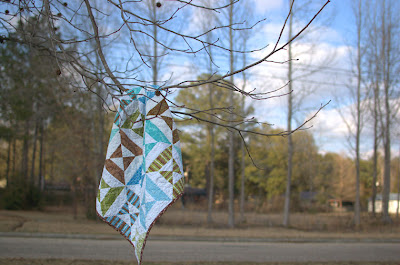 Another quilt completely from my stash! The blocks are part of a collection from an online mystery a few years ago... I have enough left to make 2 more quilts this size in more girly colorways! The backing, binding, and even the batting were all from my stash :D 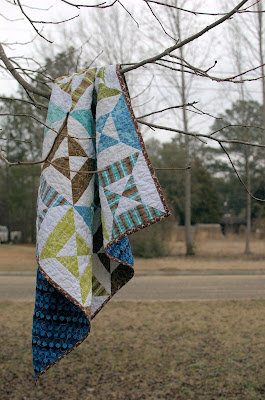 This quilt will be going to a soon-to-be-born baby boy, who I hope gets lots of love and enjoyment from it! 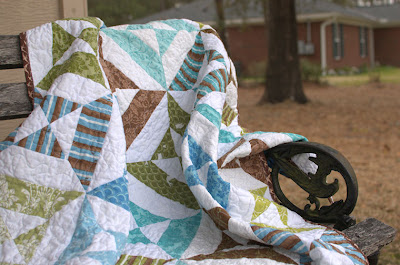 Posted by TaraJ at 10:53 AM 0 comments Links to this post 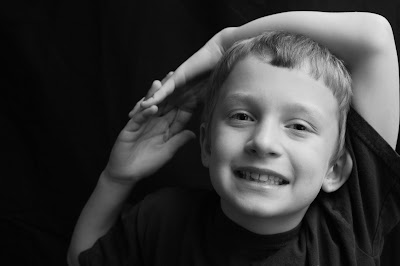 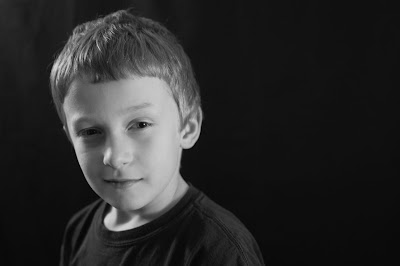 Posted by TaraJ at 7:58 AM 0 comments Links to this post 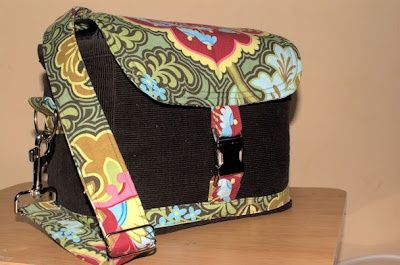 A new project and a new finish all in one weekend! 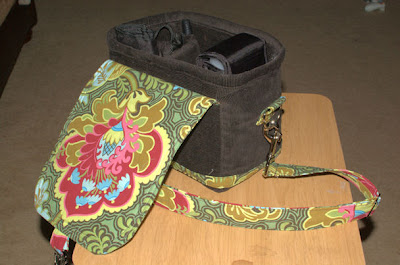 I had been debating the Sew Liberated book for awhile, and went for it a few weekends ago. Life got in the way as I was collecting the odds and ends needed for the 'Capture the Moment' camera bag pattern in the book.
Finally, as of yesterday I had all I needed after a last minute trip to pick up some interfacing. This was needed because I decided to use a cotton print instead of the called-for decor weight for the contrast pieces. After spending most of ny non-baby time yesterday sewing, I was able to finish it up this morning after getting our oldest on the bus! 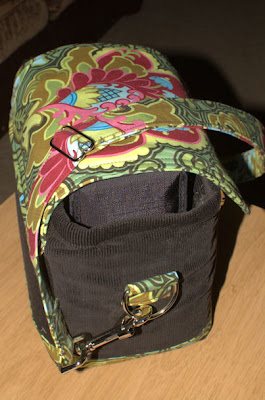 The main body of the bag is a dark brown courdoroy that I managed to find online for $2.99/yard (!!!) and the print is from Amy Butler's Belle line... love it! It fits my DSLR perfectly, and holds an extra lens and my external flash as well.

Posted by TaraJ at 11:24 AM 0 comments Links to this post

No quilty update- but where we've been... 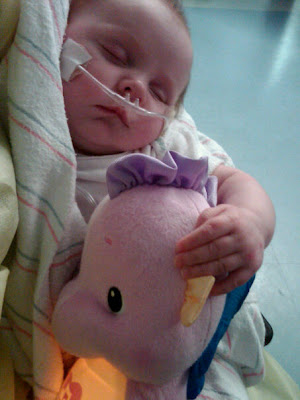 We've had quite the ordeal going on for about a week now. Addy, our 2 month old, began to be congested last Wed (Feb 3). At her already scheduled checkup the following day, her pediatrician checked it out, said he heard a bit of fluid in her lungs, but that it was just a virus that would have to run it's course... That same evening (Thurs, Feb 4), I took her into the ER in the evening because she wasn't feeling better and seemed to be running a slight fever. They said the same, but did do an RSV test which came back positive. We were told to use saline drops and suction to keep her nose clear, and to follow up at her regular Dr. the next day.

That Friday, off we went BACK to the pediatrician with the test results. Again- he told us to continue suction and 'keep an eye out'... Checked her oxygen levels which were fine and said again that he heard a bit of 'gunk' in her lungs...

Friday and Saturday, she stayed the same, actually perking up a bit Sat morning. Sat afternoon though she started spitting up quite a bit and later in the evening seemed to be breathing harder. When we noticed the breathing, which at that point wasn't horrible, but harder than she had been breathing, we headed off to the ER. At that point, it got much worse. The harder she was breathing, the more it wore her out, and it escalated. Five minutes away from the hospital she started wheezing, and at that point we made the decision to continue. If we had stopped, it would have taken longer for an amublance to get to us, so hubby hit the gas harder. As we rushed into the ER, her breathing had slowed dramatically and she was literally losing color by the second.

Following was the scariest moment of my life! 11 medical professionals rushed in (drs, nurses, emts) and got her stabilzed and under an oxygen hood. A call was made and a crew was brought down from the Children's Hospital in Birmingham, AL for her. Around midnight, she was loaded into an ambulance to the airport for a flight up. There was no room for either of us, so we hauled butt in our truck and arrived in Birmingham a few hours after her at 5am Sunday morning.

Thanks to lots of prayers and a very capable medical team, her lungs have cleared up nicely though it will take some time to fully recover. She has been off of oxygen for 24 hrs now and is doing very well. Her IV fluids were cut off this morning, and her eating is slowly getting back to normal, though she is still spitting up a bit (coughing fits tend to gag her, and up it comes).

We are so grateful for everyone that has been helping to get her back to her normal self, and we're currently holed up in a hotel in downtown Birmingham so that we can visit as often as possible!

Poor baby though- I think she NEEDS a new quilt after this and mommy has one in mind :P

PS- Brother Matt is doing well, though upset that he still hasn't got to see his sister (hospital is full so she's stuck in special care even though she no longer needs to be there). We've been taking turns keeping him amused, and the hospital has an awesome area for kids with basketball, games, ping pong, etc. I took a break yesterday while Daddy was at the hospital and we went to the Science Center (he IS missing school- I figured something educational/fun was in order LOL)

Posted by TaraJ at 1:21 PM 1 comments Links to this post

There are so many NEW projects that I want to start... books, blogs- I'm getting ideas from all over, but feel like I have no time to do any of them.

And the UFOs... some days I feel like just purging that whole bin in my closet. The piles of blocks, half cut fabrics, and even mostly finished quilt tops that I just lost interest in. Hopefully I can motivate myself to sift through those and get some of them finished up, if for no other reason that getting them out of that closet.

Posted by TaraJ at 9:27 AM 0 comments Links to this post